Nate has a new side-project called Good Saint Nathanael. The project debut Hide No Truth is available now. Visit goodsaintnathanael.com to purchase the or you can download or stream Hide No Truth wherever you get your music online. 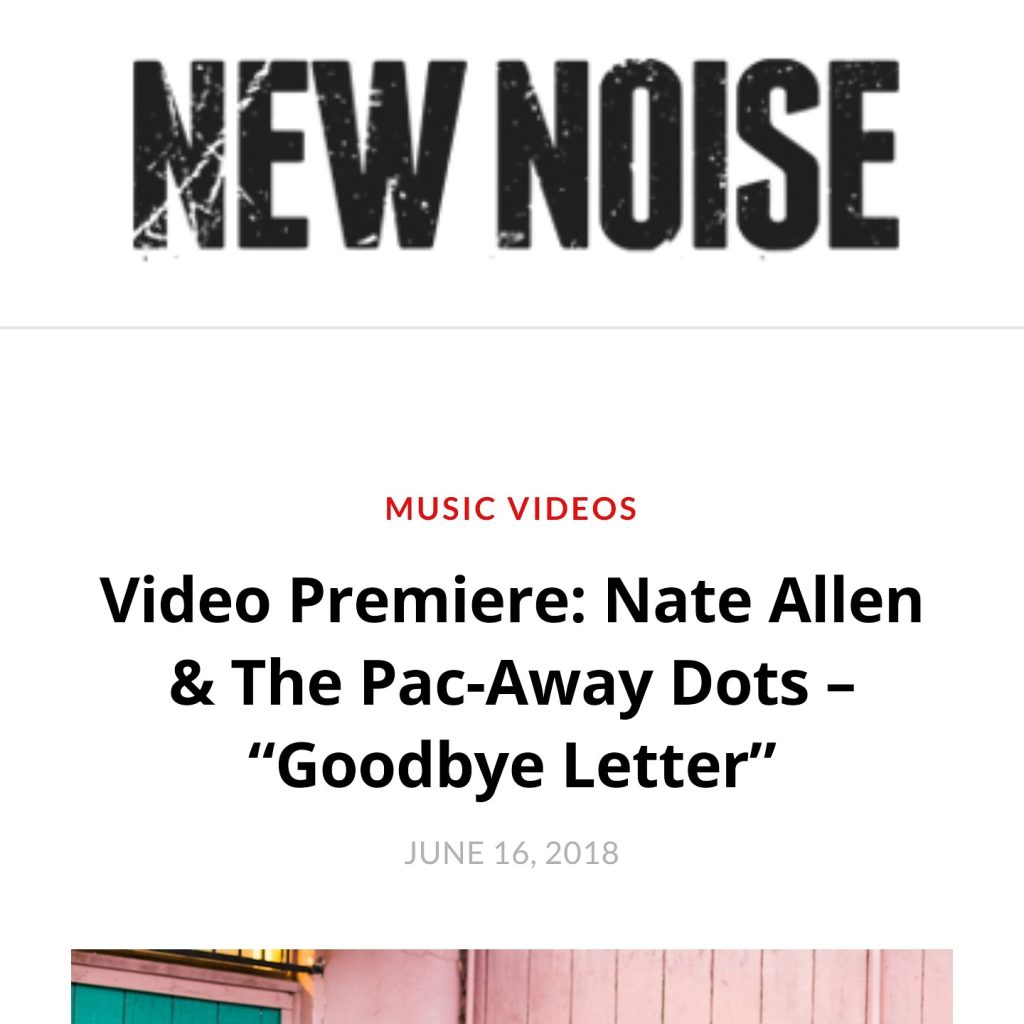 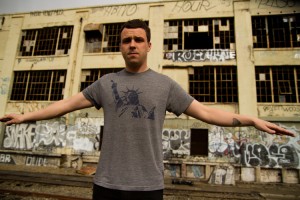 Sons of Great Dane, Squids KC, and Nate Allen are rocking The Record Bar on Nov 20th. Come out and rock @ Record Bar one last time before they close.

Here is a spotify playlist of songs I’ve written about my hometown of Roseburg, Oregon. The community recently experienced a great loss from a horrific college shooting. Umpqua Community College was my first college and I have many memories from time spent on the campus. My heart is heavy.

Roseburg is the town Self Proclaimed Narcissist and I share with Insomniac Folklore & One-Eyed Doll. Some of these songs will be played on my upcoming tour with SPN in memory of those that were lost at Umpqua Community College. Our tour dates are below.

Traveling troubadour Nate Allen is better known as one-half of the uplifting, neon-hued folk punk duo Destroy Nate Allen. Backed by his sometimes-band The Pac-Away Dots, Take out the Trash is his first solo effort since 2006. Its ten stripped-down tracks marry his authenticity-over-polish musical sensibility with introspective, socially aware lyrics that pack an emotional wallop without sacrificing his trademark sense of fun. Tracks like “Hunger Pains” and “We Don’t Even Know” challenge listeners to reevaluate their privilege and preconceptions while boasting gang vocals and chord progressions reminiscent of the “kids songs for adults” vibe made famous by Destroy Nate Allen. With plenty of raucous barnburners (“More Money”), quiet and evocative soul-searching (“Photograph”), and even some uncharacteristic darkness (“Goodbye Letter”), Take out the Trash is an eclectic and cathartic must-have. – Kelley O’ Death / Razorcake

Nate’s thoughts on Take Out The Trash:

I had planned to take 2013 off from touring. I was burnt-out, unemployed, and living in my parents’ spare bedroom. I had finished yet another tour with just enough gas money to get home.

Something needed to change. I needed to slow down and apologize for the nonstop pace I had dragged my wife/bandmate, Tessa, through. Staying constantly busy (including going back to college, recording MANY albums and playing over 800 shows since 2007) had earned me press quotes like this: “The stats on local folk-punk duo Destroy Nate Allen are daunting and damn near exhausting even to contemplate” – Willamette Week.

Tessa told me to start a solo project so she could have a break. I listened to her, and in short time wrote an entire album in stark contrast to our bubbly Destroy Nate Allen persona. “Open To Everything” begins the collection of songs with the lines “hating myself for what I have done…” Like much of the album, it’s a song that balances optimism and frailty. “I want to be open to everything, but I don’t want to be broken.” Apparently I have limits.

During this writing season we attended a small, multiracial community group where stories of people’s pain and privilege hit me in new ways. As my friends told me their stories, these songs were my response. I grew up as a 3rd generation timber worker in a very white, working class, West Coast small town. In much the same way that living in San Francisco and reading Shane Claiborne’s The Irresistible Revolution had opened my eyes to homelessness and poverty, I was now becoming aware of how cultural biases and skin color affect people’s experiences in ways I would never have imagined on my own.

On “Social Equality” I contrast my experiences with those of my friends as we share the same streets. “Blinded by innocence, not fearing anyone, walking with great confidence. Chosen by providence, raised with such ignorance, vindication I do seek.” The upbeat “We Don’t Even Know” contains realizations such as “if climbing the ladder defines success, I know I have stepped on someone.” These songs sit next to reflective and mournful tracks about life, death and friendship like Death Is Overrated and Goodbye Letter.

Underneath the bummer is a ribbon of silliness. “More Money” is a goofy blues number mixing real life need with frivolous desire. “Wanted to buy a satellite TV, wanted to buy a VCR, wanted to buy an ice cream sandwich, but no money doesn’t go far!” Throughout the album, when the lyrics take you down, the music is quick to bring you back up again.

As I focused intensely on looking for work, Portland doors kept shutting but Kansas City seemed to open up. There was work to be found, a cheap place to live and an unknown land. We took the jump. Before moving, I dived into recording with a full band, wanting to document what the songs had become. This was a Portland record, and I had no idea how relevant it would be to my new home, or to the rest of the country for that matter.

Other Points of Note:

ORDER / STREAM TAKE OUT THE TRASH

Contact Burnside Distribution to Stock the Album In Your Store.

Matt Pless – Coming all the way from dirty Baltimore, Maryland

This show has been moved from EL Torreon to Eastwing house 3318 Forest KCMO it is all ages! 8:30 sharp 5 bones or whatever ya can byob trying to start this after pennvalley skatepark show.

From 2002-04 I ran a non-profit called Rock 4 Reason throwing all-ages (mostly hardcore) shows in Southern Oregon. Many of my early ideas about how to connect with a crowd came from throwing those shows for some rad kids (who now have their own kids) and some really great bands. I am person who highly values friendship forged and memories made so when time allows I plan on uploading  bunch of fliers from those shows.

Here is a somewhat incomplete list of the bands I booked: 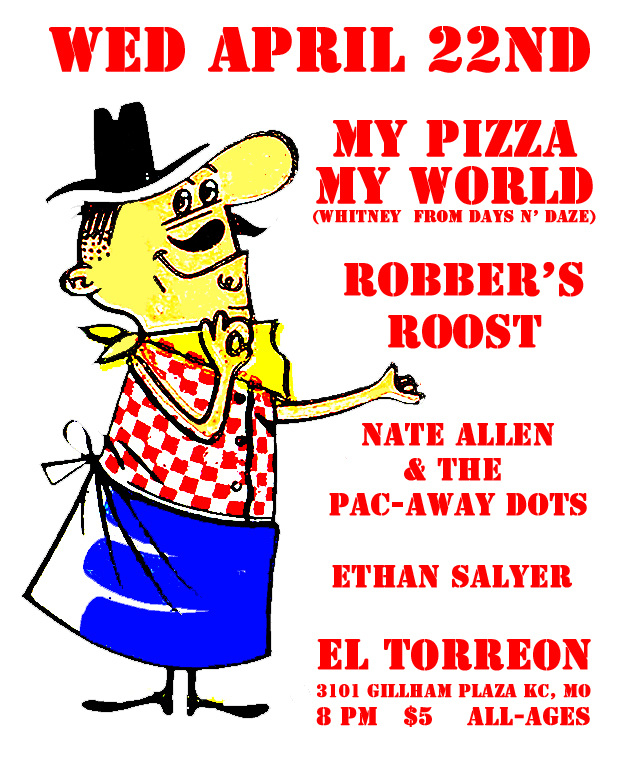 My Pizza My World is coming to Kansas City for the first time. This is Whitney from Days N’ Daze new side-project so come hang and and enjoy the tunes. Robber’s Roost is also on tour from Washington State. If you are in the mood for a rad folk punk, thrashgrass, or ragtime show this one’s for you. The show is all-ages at El Torreon and all-are-welcome.